The veteran star hit his 94th goal for the Portuguese and took his overall career tally to 699 when he found the target in the second half after Bernardo Silva had opened the scoring in the first period.
The three points kept Portugal in second place in Group B, five points behind Ukraine who defeated Lithuania 2-0.
"In the first 25 minutes we were very good, very dynamic and created chances," said Fernando Santos who was marking his fifth anniversary as Portugal coach.
"Then we lost depth, Luxembourg became more comfortable but never created opportunities. After the break, we started well and I think we quickly controlled the game, but after the second goal, the players started thinking ahead to Ukraine."
Portugal will travel next to Kiev to face a Ukraine on the cusp of qualification, following a 2-0 home win over Lithuania secured by Atalanta midfielder Ruslan Malinovskyi's brace. 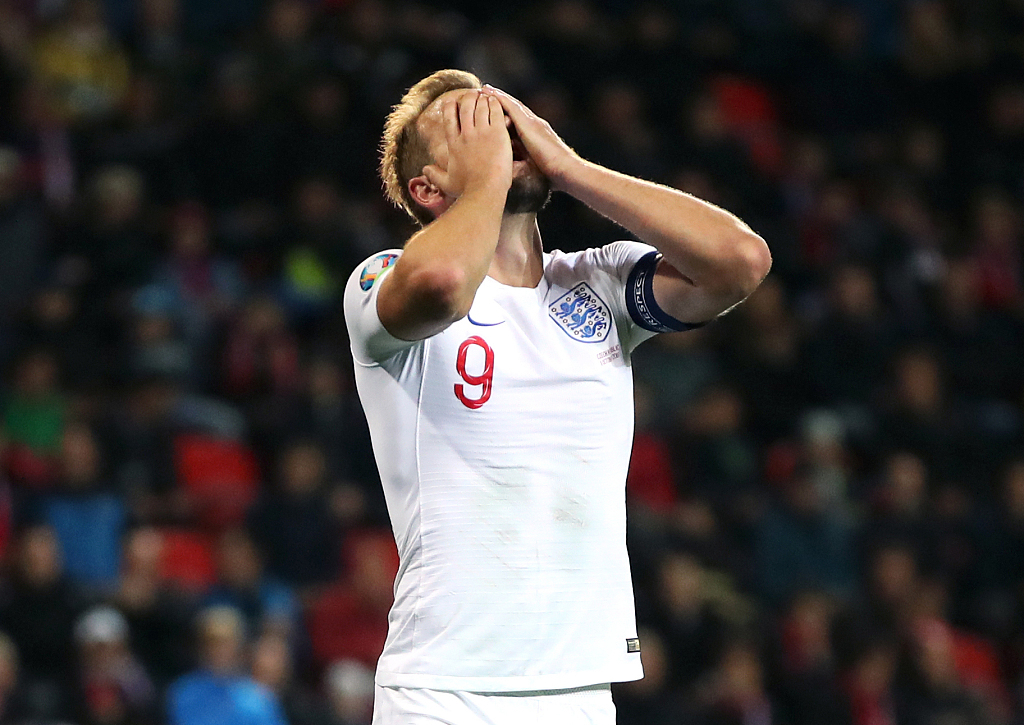 Captain Harry Kane looks dejected after England's defeat to Czech. /VCG Photo
On the other hand, England missed an opportunity to qualify for Euro 2020 on Friday as they slid to a 2-1 loss in the Czech Republic.
Harry Kane converted a fifth-minute penalty in Prague after Raheem Sterling was clipped by Lukas Masopust, the Tottenham striker taking his qualifying tally to seven goals.
But Czech Republic, humbled 5-0 by England in the reverse fixture last March, leveled shortly after as Jakub Brabec bundled in from a corner for his first international goal.
Substitute Zdenek Ondrasek swept home the winner on his debut for the hosts on 85 minutes, a goal that ended England's decade-long unbeaten run in qualifying spanning 43 matches.
"I think we have had a lot of credit over the last couple of years and tonight we did not do enough," England manager Gareth Southgate told ITV.
"Our performance was not good enough, it's as simple as that. The goals we conceded were typical of the chances we gave away."
England's last qualifying defeat came ahead of the 2010 World Cup when they lost 1-0 away to Ukraine in October 2009.
Southgate's side remain top of Group A on 12 points alongside the Czechs, who have played a game extra. England could still clinch qualification on Monday with victory in Bulgaria if Kosovo fail to beat Montenegro. 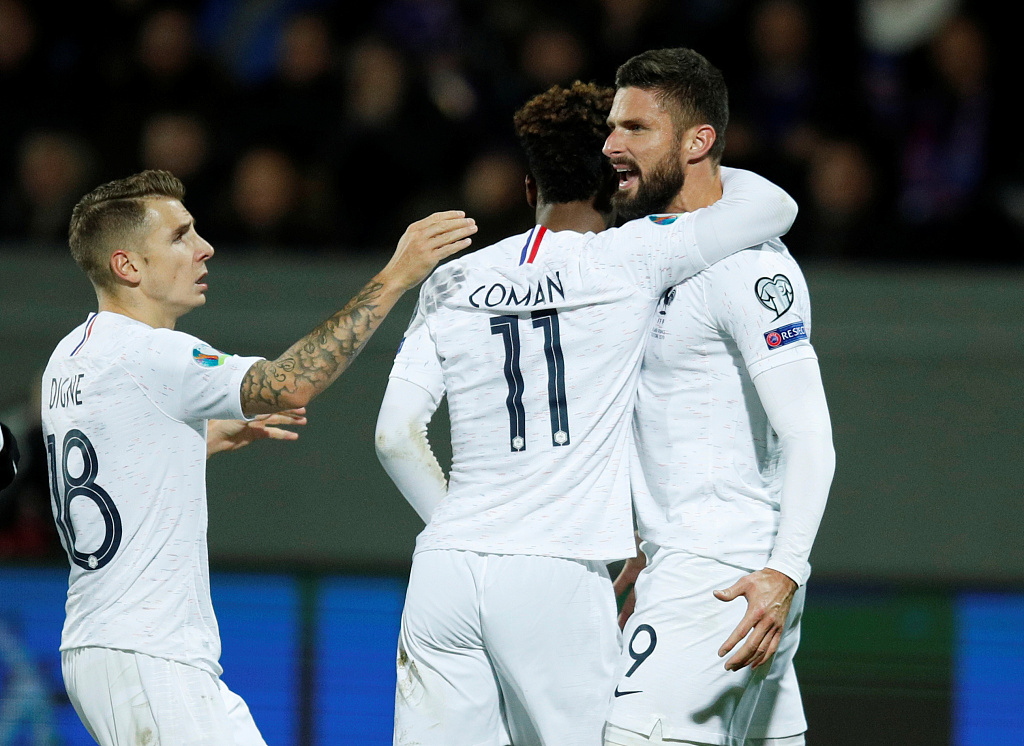 France's Olivier Giroud (R) celebrates scoring the first goal with teammates. /VCG Photo
World champions France claimed a 1-0 win from Iceland as Olivier Giroud delivered the only goal with a penalty on 66 minutes in Reykjavik.
Giroud has played sparingly for Chelsea this season but the 33-year-old is now just four goals behind Michel Platini (41) for second on France's list of all-time leading scorers.
France are level on 18 points with Turkey atop Group H ahead of Monday's showdown in Paris, where victory would send Didier Deschamps' men through to the finals.
"It was very difficult, a really hard match. We needed to take the three points and now we have an important game coming up at home," said Antoine Griezmann, who was fouled for the penalty.
"We're going to suffer against Turkey and we'll need to prepare well for it."
Cenk Tosun popped up with a 90th-minute winner for Turkey as they scraped past Albania 1-0 in Istanbul.
Iceland's first home loss in the qualifying since June 2013 dropped the Nordic island nation six points adrift of the top two.