Under the theme of "Advancing Partnership for Sustainability," the ASEAN Summit unfolded around several topics including: Building an ASEAN community with people at the center, the reform of the WTO, the conclusion of the "Regional Comprehensive Economic Partnership" (RCEP) negotiations within this year, the impact of Sino-U.S. trade wars on the ASEAN economies, etc.
As what can be seen from the different themes and agenda, ASEAN has developed a full understanding of the international situation and thus set its tasks and objectives accordingly. At the same time, ASEAN has also recognized the new challenges it faces and has begun to seek cooperation from all parties for the purpose of dealing with them.
At present, there is a global swing in global politics, economy and security. However, peace and development are still the themes of the times. Deepening cooperation and the pursuit of common prosperity remain the ultimate goals of all human beings. 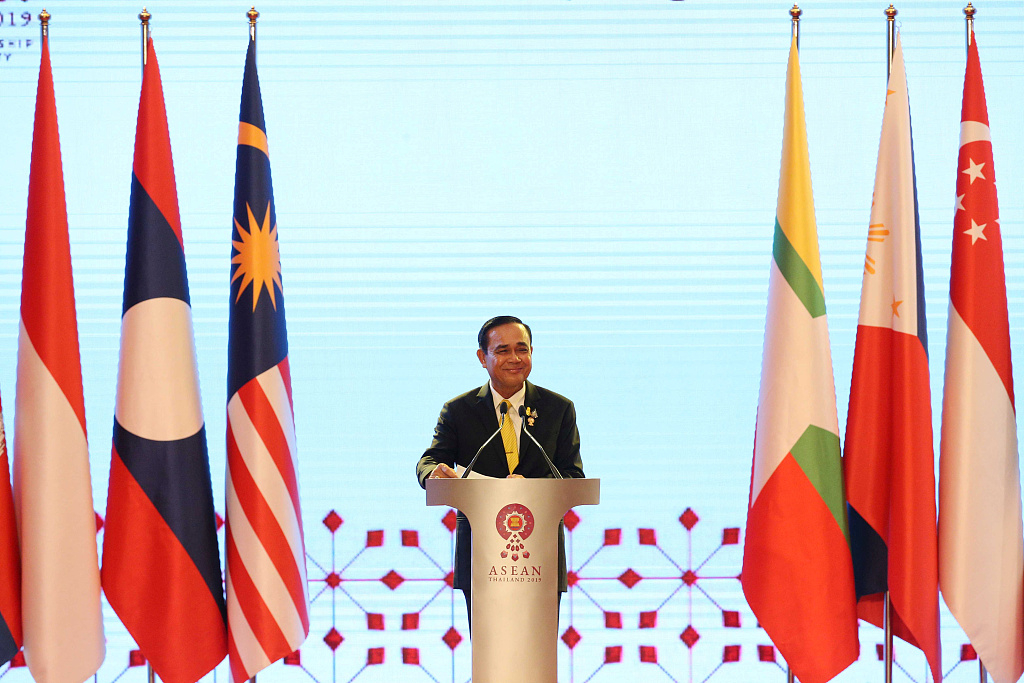 Thailand's Prime Minister Prayuth Chan-ocha, chairman of 34th ASEAN Summit, speaks during the opening ceremony of the 34th ASEAN Summit at the Athenee Hotel in Bangkok, Thailand, June 23, 2019. /VCG Photo
Under the new circumstances, ASEAN's main task is seeking internal cohesion, striving to safeguard regional and global peace, and promoting joint development. Under the principle, ASEAN has set the theme of the summit as "Advancing Partnership for Sustainability."
ASEAN is facing new challenges in various fields. First of all, given that the ASEAN Community was established at the end of 2015, there is not so much internal cohesion. Among the three pillars of the ASEAN Community, the Economic Community is making the fastest progress, while the Political-Security Community and the Socio-Cultural Community are moving ahead slowly, especially on the cultural front.
As a result of Southeast Asian countries' diverse languages, cultures and religions, it is pretty hard to shape aligned perceptions. Worse, the diverse perceptions brought about by the information age makes it harder to form a mainstream value accepted by all people in the region.
However, if a stronger sense of community cannot be formed among the people of the ASEAN member states, the regional integration measures may lead to nowhere. Therefore, one of the focuses of this summit was to build a people-centered ASEAN community and designate 2019 as the ASEAN Culture Year to promote cultural exchanges among the ASEAN countries.
Secondly, the rising protectionism is posing a threat to the status of ASEAN as the center of cooperation in the Southeast Asia. Over the past couple years, the global economy has been damaged by the high tariffs imposed by the United States guided by protectionism. 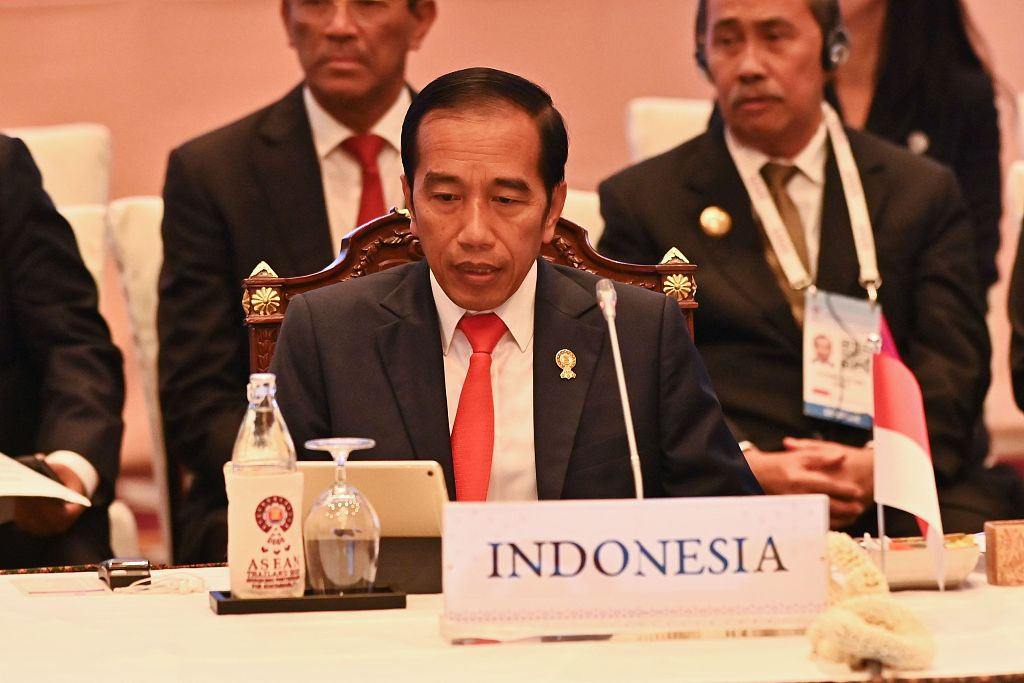 Indonesia's President Joko Widodo attends the 12th Indonesia-Malaysia-Thailand Growth Triangle summit on the sidelines of the 34th Association of Southeast Asian Nations (ASEAN) summit in Bangkok, Thailand, June 23, 2019. /VCG Photo
ASEAN countries have been victims of the trade war as well. On one hand, all ASEAN members are heavily reliant on trade. Imports and exports play a larger role in their economy. Singapore is a typical example of "a nation built on trade." An impaired free trade system will directly hit its economic development.
On the other hand, ASEAN is at the center of East Asian regional cooperation, and the core of East Asian cooperation is free trade. An impaired free trade system will also pose an existential threat to ASEAN's international standing and influence. Therefore, this ASEAN Summit hoped to push forward the WTO reform and safeguard the multilateral trade system. It also set up a special ASEAN Economic Ministers' Meeting on RCEP to speed up negotiations.
Last but not least, despite the fact that ASEAN countries are unwilling to "take sides," ASEAN's diplomatic centrality towards major powers is facing increasing pressures. ASEAN's great success is inseparable from its vitally geographical position. Surrounded by the powers, ASEAN members have always been working hard to build closer ties with all sides. As for the members themselves, they are carrying out open regionalism towards each other.
Unfortunately, the trade war launched by the U.S. and its "Indo-Pacific" strategy break the ideal situation ASEAN hopes to maintain. In response, ASEAN governments have urged the United States to accept the development and rise of other countries with ease and not to force Southeast Asian countries to take sides between China and the United States.
Facing the changes in the world, ASEAN remains unfazed. As a good neighbor, friend and partner of ASEAN countries, China will join hands with ASEAN to safeguard regional peace and stability and strive for the prosperity and development of East Asia.